What will it take for Oregon restaurants and bars to offer cocktails to-go? 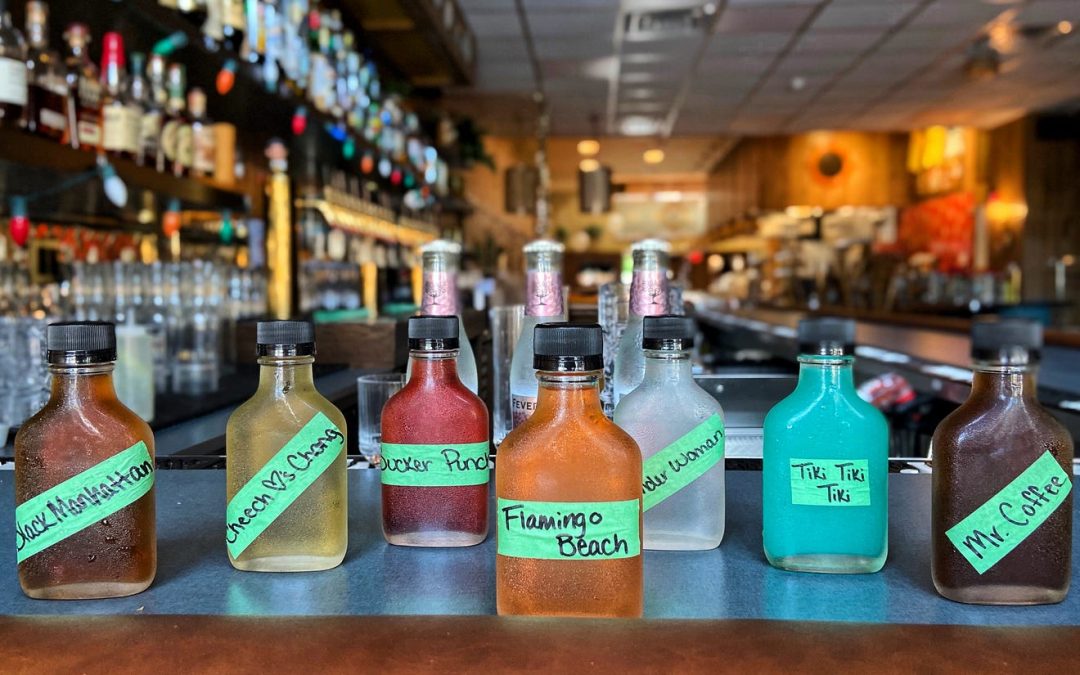 When the Oregon legislature meets in a special session this week, legislators may explore the issue of approving the state’s bars and restaurants to sell packaged cocktails to-go.

Currently, restaurants in Oregon can sell margarita mix along with a take-out order, but add tequila to that mix or gin to a bottled Aviation cocktail and the drink hits a no-fly zone.

Meanwhile, people in Texas can order a cooler full of Jell-O shots for delivery, and residents of 30 other states — including California, Idaho and Washington — have been adding liquor or restaurant cocktails packaged in bottles and jars to their take-out orders for months.

In Oregon, the rule persists, although restaurants are permitted to sell beer, cider and wine, either in prepackaged bottles or in growlers, along with take-out and delivery orders.

Further adding to the confusion, in April the state approved special permission to allow distilleries to offer same-day home delivery of bottled liquor, but restaurants and bars are barred from selling liquor or cocktails in the same way.

Jason Brandt, director of the Oregon Restaurant and Lodging Association, stressed the importance of changing the policy to include independent bars and restaurants.

“The survival of the restaurant industry is at stake,” Brandt said.

According to a nationwide survey conducted by the National Restaurant Association, 72 percent of Oregonians support the sale of cocktails to-go.

Restaurants on the surface are places that make their money by selling food, but at many eateries the profit margin on food pales in comparison to that on alcohol.

“Liquor and bar programs can carry a lot of weight in bars and restaurants,” said Sydney Paige Barrentine, a bartender and consultant who previously helmed bar programs at Ritter’s and Bari.

The price of a cocktail typically includes 20 percent of liquor costs and the rest, she said, “is gravy for the house. It’s not as expensive as building a dish around shellfish” or another pricey ingredient.

Restaurants, in other words, make their reputation on dinner, but they make their money on drinks.

Inclusive of wine, beer, and spirits, said Bari owner Bruce Rafei, alcohol “tends to be, I would say, anywhere between 40 percent to 50 percent of my business.” But serving alcohol requires a fraction of the labor serving food does.

“It makes a huge difference,” he said. When the restaurant was limited to take-out service under Governor Brown’s “Stay Home, Save Lives” executive order, Rafei could fulfill takeout orders on his own, cooking alone in the restaurant kitchen. His income was less, but so were his labor costs.

Now, with the dining room reopened, including patio seating on the street in front of the restaurant, alcohol sales help offset increasing labor and food costs while on-premises dining is still slow.
“Without it, being open, I don’t think I’d be able to function,” he said.

At La Margarita, said Xochitl Muñoz, “on a daily basis before COVID we sold an average of $600 to $800 in alcohol (beer, wine, margaritas making up the largest percentage), during the shutdown it was zero. Now with in-house dining being down, overall, I’d say an average of $200 to $300 daily. If we could sell cocktails to go, I believe our average would go back to normal.”

Salem diners have rallied around the restaurant community in the midst of the COVID-19 pandemic. They’ve bought gift cards, ordered take-out and tipped big at local restaurants, but the checks still look wildly different than they did six months ago.

“Customers spend an average of $15-20 more per ticket when purchasing a margarita or two,” Muñoz said. “An average ticket for two without alcohol is $25. So it almost doubles with the alcohol added to it.”

Naomi Pomeroy, chef-owner of Portland restaurants and cocktail destinations Beast and Expatriate, has led the charge among business owners pushing state legislators to create a provision for businesses like hers to offer cocktails to-go.

Salem business owners haven’t pushed as vocally for the change but, said Mike Ritter, co-owner of Ritter’s Eatery, “cocktails to-go could potentially be good for additional restaurant sales.”
“I think it would be a process to figure out but believe this industry can be very creative in figuring out how to do it .”
 
Change must come through legislature

On its own, the OLCC can’t approve such a change without the input of the state legislature because the state controls liquor distribution statewide.

The Governor has called such a session to begin August 10 to balance the state’s budget and further address the COVID-19 crisis. Though this particular issue is not yet officially on the agenda, it may yet surface. If not during the August special session than potentially in a further special session in September.

At the suggestion of Pomeroy, State Representative Rob Nosse of Portland has drafted a bill that would allow restaurants and bars to sell up to two drinks to-go with a food order.
“I don’t think it’ll save the industry, but it’ll help,”  Nosse said.

The effort has been criticized by some con cerned that increasing availability of access to alcohol puts those susceptible to addiction at increased risk. The limitations within the bill are meant to reduce the likelihood customers could be over-served, abuse the system by ordering large quantities of alcoholic beverages, or potentially consume alcohol before or while driving.

If such factors are major concerns, Nosse said, “then why do we allow people to buy beer at Plaid Pantry and screw-top wine?”

“It doesn’t pose a huge threat to hurting the consumer,” said Salem bartender Jason Wenger. “Buying a fifth from the liquor store, you’ve got a 90 proof, and you can take how many of those out the door? Cocktails are a more conservative offering because it’s lower proof.”

“The concern we have,” said OLCC spokesperson Mark Pettinger, “is that we don’t have authorization to develop rules around what could be allowed around a freshly-made cocktail to-go to ensure there’s a degree of public safety built-in.”
 
Allowing Oregon consumers to order a limited number of cocktails to go offers them a way to support bars and restaurants without dining-in, and an option that allows them to maintain social distancing while reducing the likelihood of their drinking and driving.

Pettinger said, “If the legislature changes the law and call us upon us to, we will.”