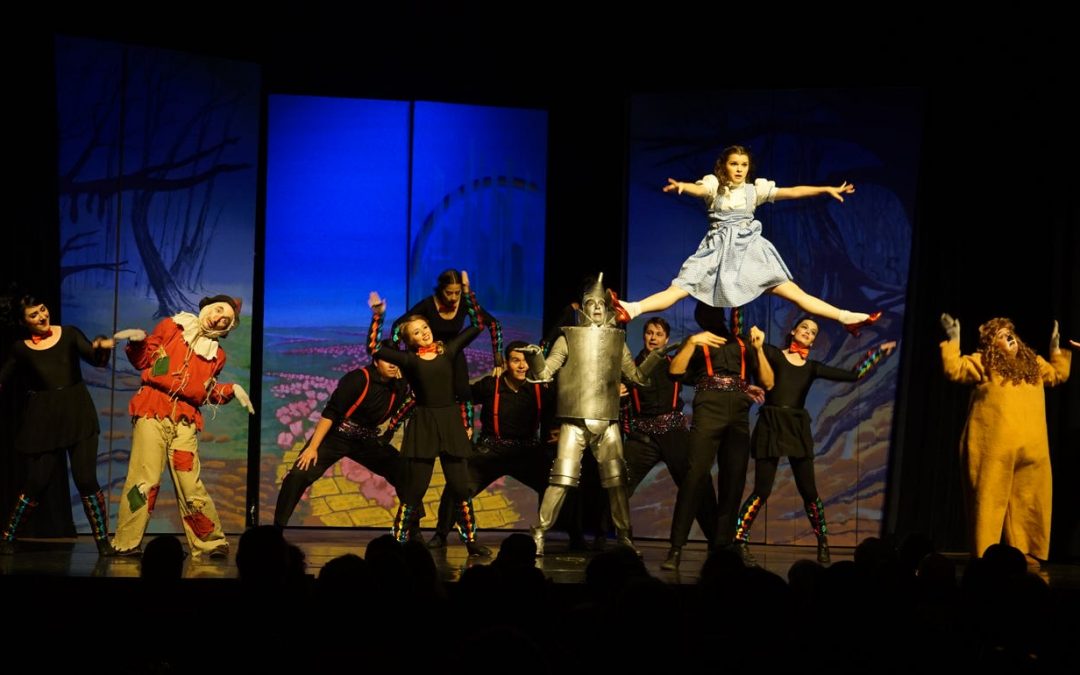 In isolation, creators and cultural organizations continue to pivot to a variety of online outlets, but the venues and organizations airing events remain closed due to quarantine.

To keep them from disappearing forever, a musician and studio owner turned lobbyist collaborated with state legislators and more than 150 venues to make sure that performing arts don’t remain in the dark.
Motivated by this perilous economic environment, Jim Brunberg, a Portland musician and co-owner of Portland music venues Mississippi Studio, Revolution Hall and Polaris Hall, organized the Independent Venue Coalition to lobby for the largest and the smallest stages throughout Oregon. “It’s all I’ve done because I don’t have a venue to run now,” Brunberg said.

On July 14, the Emergency Board of the Oregon Legislature approved a $50 million relief package for Oregon culture made available through the federal Coronavirus Relief Fund. According to Ryan J. Stubbs at the National Assembly of State Arts Agencies, this is the largest allocation in the country among special funds created by governors or legislatures to fund cultural organizations. (If passed, pending Massachusetts legislation would allocate $75 million in its current form.)

Almost $26 million will be distributed statewide via application through the Oregon Cultural Trust. Some of the state’s largest cultural institutions will receive most of an allocated $14 million, including the Oregon Shakespeare Festival, the Oregon Symphony, the Oregon Ballet and the High Desert Museum. And $9.7 million is slated for “dedicated venues” throughout the state — those locations whose primary income comes from shows.

Locally, this money will flow to nine area locales with a hope that the promised June through December operating funds can carry them while establishing other income sources.
“Nobody’s asking to be made whole and nobody’s looking to replace the income that they lost,” Brunberg said. “People are looking to just get enough to make it through so that they can survive and come out the other side.”

Brunberg said that what this funding basically does is allows companies to stabilize business enough to come up with ideas on how to get through the spring. One of Brunberg’s first steps to securing this emergency funding was to reach out to state lawmakers.

“We’ve had really good guidance from our legislators. (Sen.) James Manning has been amazing and supportive, and so has (House Speaker) Tina Kotek,” Brunberg said. “(Rep.) Rob Nosse and (Rep.) John Lively, in your area, have all chimed in with the true spirit of the thing.”

This issue is not a major platform for Nosse, but when Brunberg reached out, he knew it was something he could support.

“It seemed like a worthy cause and an important thing to do,” Nosse said. “I’m a pretty good retail politician. If you’ve got a problem or a good idea, I’m going to try to help it. Jim made a really good pitch. People care about entertainment and music venues.”

Brunberg revealed to Nosse that Oregon is one of the few states where most of these businesses are locally controlled. Noose said that primarily large, multinational corporations own countrywide entertainment centers, while most Oregon event centers run as private proprietorships. AEG Entertainment, for example, runs a network of arenas, stadiums, convention and exhibit centers and performing arts venues spanning five continents. AEG annually holds more than 22,000 shows in more than 300 venues annually. Compare that to the approximately 80 Oregon dedicated venues.
“If they don’t get some assistance to mothball (through December), they’ll go out of business and be bought by out-of-state interests with deeper pockets,” Nosse said.

When this issue arose during a state legislative session, Kotek tabbed Springfield’s Lively to head a group to propose distribution of this funding as he already was working with Business Oregon to help guide small business support.
“Because the (Emergency Board) couldn’t reach an agreement, that provided an opportunity to put together a group to respond and come up with a proposal,” Lively said.

Lively said the work group strongly represented different points of view, from rural versus urban and from spots small to large. Each entity negotiated from its personal purview, which provided important input for decision makers to a comparable conclusion about how best to distribute the money, knowing there would not be enough funds to ultimately support all of those in need.

“All of us on the work group considered it so important that local communities and local areas should have decisions, since there’s not enough money to decide priority venues and events most likely will survive without this input,” Lively said.

This collaborative effort sought to represent the symbiotic network created by these cultural institutions. Jim Ralph, executive director at The Shedd Institute, described one of the many ways these venues rely on each other in an industry ecosystem.

“It’s extremely important that Revolution and Mississippi exists in Portland and that the Rogue Theater exists down in Roseburg, along with all the theaters up and down (the Interstate 5 corridor), because that’s how these artists put together routings,” Ralph said.

The nonprofit Shedd is supposed to receive $368,837 over six months, revenue necessary just to maintain its building and few employees. In addition to bringing in artists and shows, the Institute also stages theater shows and musicals, produces in-house music and variety shows with “Shedd Presents“ and operates a music school, which just began sessions last week.

This push for funding created a unique, needs-based marriage of these for- and nonprofit entities. Most nonprofit revenue flows from ticket sales and private funds as opposed to the for-profit Sessions Music Hall, which has a full bar to augment money from shows. Places like the Shedd and WOW Hall were walking side-by-side with venues like Sessions and the McDonald Theatre.

“The beauty of this whole project is that it didn’t make a difference whether you’re a nonprofit or for-profit, we all pulled together,” Brunberg said. “The true spirit of this thing is that this money is supposed to go to people who make their living in the performing arts.”

More than half of the relief funding, $25.9 million, will be distributed by Oregon Cultural Trust on an application basis. This money is designated for entertainment spots not included in the dedicated venue distribution. All Oregon cultural nonprofits and community venues can apply at culturaltrust.org.
Funding for dedicated venues is a lifeline, but one that will quickly coil up.

“Lively’s first question was, ‘What are you going to do after December?’” Brunberg said. “We have the same question. This is when venues are going to ask for money from their subscribers and start crowdfunding campaigns.”
Owners expressed relief operating costs can keep businesses afloat while they come up with ideas to raise funds for venues and artists alike. Danny Kime at Sessions, for example, said he plans to use the money to bring back sound and production staff to work on different livestreaming concepts.

“We’re brainstorming everyday on ways to transform our business,” Kime said. “Music is important.”
With a major step towards solvency, though, big questions remain.

“We’re gonna have to get scrappy in the spring,” Brunberg said. “People say congratulations because it is the biggest package that’s been passed in the United States to help the arts, but it’s hard to feel celebration when you’re looking down six months from now and you really don’t know where the money’s gonna come from to keep the lights on.”